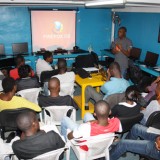 The aim of the event Nairobits Class 2013 webmakers that happened on 23rd of April at Nairobits school of Digital Design was to introduce the students to Firefox OS platform and Open Web Apps development. The students are currently learning web development so it was easy to lure them into mobile apps development using web technologies that they know and on the process of mastering them. By the fact that the students do not need to learn any other new programing language other than what they already know they were very willing to venture into the business of developing web apps. 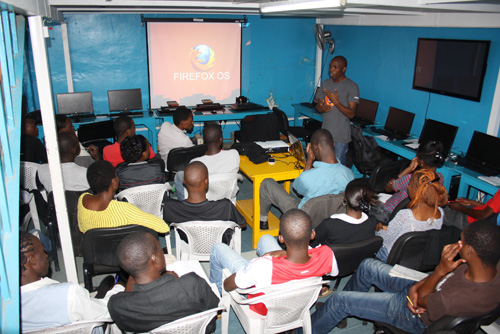 To start of the event I introduce Firefox OS, viagra the technologies used and needed for app development, recipe the opportunities that it presents and how web developers can tap into them. We had a chance of discussing a few APIs that have been expossed by Firefox OS to the developers and explored the possibility of developing apps that target the local market.

In the third hour of the event we were ready to dive in to code, try so I showed the students how to set up their development environment, demonstrated web developer tools provided by Firefox and the Firefox OS simulator. Now it was for me to launch my Aptana Studio and start putting together a simple app for illustration purpose. In about an hour and a half we had a simple web app up and running.

Through the highly interactive session the students had a chance of learning what they need to be able come up with working web apps that can be deployed on the Firefox OS market place.