A Saturday afternoon and again it’s time to catch up as Mozilla Kenya community. We all gathered at the Steers along Muindi Mbingu. The members who arrived early had a chit chat as we awaited the rest of the members to get there.

The Agenda for the meeting was as follows:

The members noted that we do not need to have a big web maker event, one can teach the web anywhere and to anyone including the children on holiday within the estates where we reside. Meanwhile Newton Mawira who is a Firefox student ambassador with the help of the Mozilla Kenya community members will hold a Webmaker event in October at Maseno University.

On recruitment of new Mozillians, it was proposed that we focus on the students in the university and ensure the existing Mozillians mentor the recruited Mozillians to ensure they understand the core values and vision of Mozilla and ways in which they can contribute. 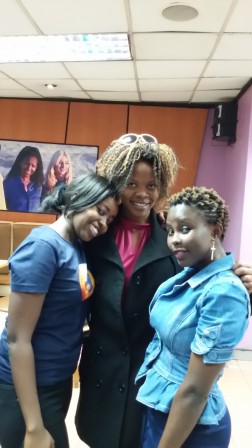 The members who are involved in different project gave feedback and progress of the various project:

Hezron was to organize a session on Pursuitery on Friday 22 to show members how to create geekout and challenges in Pursuitery.

As the event was coming to a close we didn’t forget to take selfies, enjoy pizza and look forward to the pursuitery hangout the coming Friday.

16 August MozCoffee Nairobi / Mozilla Kenya by is licensed under a

16 August MozCoffee Nairobi / Mozilla Kenya by is licensed under a