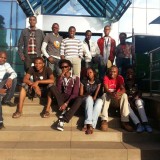 clinic helvetica,sans-serif;”>Sunday the 19th May 2013, the Mozilla Kenya community Localizers gathered at Naked pizza in Westlands to continue with the journey of ensuring the mozilla products including their favourite browser is available in swahili language; a language that is widely used in East Africa region.This would enable the people in the region to access technology in the language they understand best,preserve the swahili language and also improve customer acceptance and usage of the products. 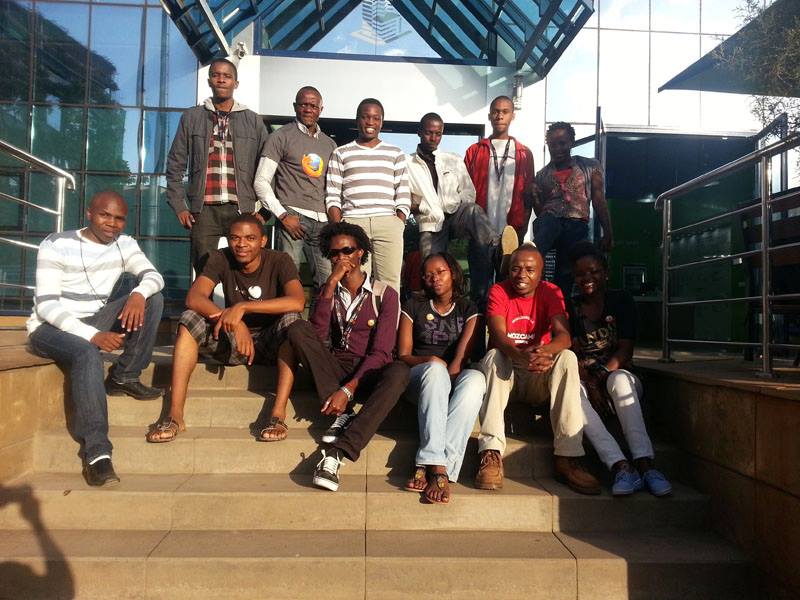 Everyone had arrived by 1.30 P.M 15 people who availed themselves for the localization were all set with their laptops ready to start. After introductions and catching up a bit as we placed orders for pizza, Steve being the lead of the event guided us on how to translate and gave us additional materials to assist us in the translation.We had to reming ourselves of our goals which inluded;

Having all this in mind,we all started on the days activity and we set a goal of translating 1000 words within 4 hours. We need to encourage each other so as to meet a target and therefore decided the one who gathered majority translations gets the TShirt.

All you could here is people discussing the new words they are learning and trying to consult for any new words they came across. For the words we were not able to translate we had to write them down so that we could research further and consult so as to give the best translation for the words.

The Pizzas arrived and this did not deter us with the translation, people took bites of pizza as we continued with the days agenda of ensuring the dream of having Mozilla products in Swahili language being realized.

By the end of the event which was around 5.30 P.M we had made over 300 translations. Fabian Kithusi had the most translated words hence getting the Tshirt. It was an interesting and successful event which made us to to talk on the way forward so as to reach our goals on the localization. Ever localizer was to continue translating and we decided to check on the number of translations one will have by the time we will have our next meeting.