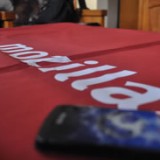 Rwanda, the land of a thousand hills as well as the 2nd major stop in Mozilla Kenya’s long term vision of spreading Mozilla’s presence across the greater East African region. But first let’s rewind a few months back to late last year.. We started off this ambitious mission with Uganda and managed to seed a community there which had achieved a huge milestone of localizing Firefox to Luganda. The response was quite overwhelming to be honest, with the Katikiro and top government officials gracing the event with their presence and that’s when we realized just how huge a mark the name Mozilla had left across the region. Seeing this really strengthened my passion for our mission and yet this tour wasn’t as big a game changer as the next one in line. 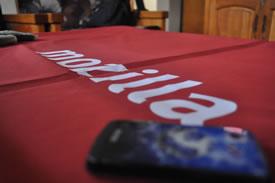 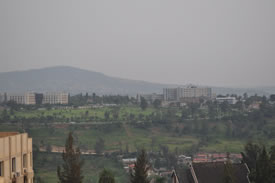 Fast forward a couple of months later and we were back at it, next stop was Rwanda and this time we wanted to do more than just show Mozilla’s presence during an event – we wanted to kickstart Kigali’s next generation of webmakers and after months of planning and finally managing to do this.. Rwanda became a game changer for me as a Mozillian and as a developer. 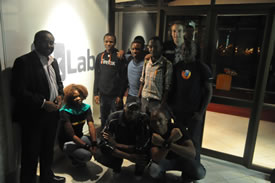 The response was quite great and inspiring with students, devs, non-devs all being interested to sign up for the cause after sharing what we knew with them. We even managed to get a volunteer to help us with finalizing the Swahili localization of Firefox so it was indeed a successful tour. It was a busy tour at the same time with days moving by so fast that they were reduced to just hours and minutes – they say quality time flies by fast and this just confirmed that if you’re running out of time you must be having fun. We had fun in deed, after all Mozilla = Fun!

I was supposed to give my first demo on day 1 at Kigali Institute of Science and Technology (KIST) but couldn’t because of lack of time. Yeah, the rest of the team members (Alex, Vicky and Cliff) were enjoying themselves so much that they forgot about me

That’s the spirit guys. Rwanda was a game changer because I finally got a chance to share my knowledge as a web developer and I was surprised with the response yet again. Here I was thinking there’s a lot I’m still yet to learn and it’s true but I never really sat down and thought of sharing what I know with others because I assumed no one would be really interested. Plus we finally realized just how much information we were sitting on during our tour as we chatted even amongst ourselves at the end of each successful day and the summer code campaign couldn’t have come at a better time for us. We had a tight schedule but despite that had to extend our stay just so we could have a small kitchen table with design students from KIST, they just hadn’t had enough on day one and thanks to this we got some cool insights on how we were to hold our 23rd June community hack jam as we kickstarted the Mozilla Summer Code Campaign here in Kenya.

It’s amazing the sort of things we take for granted, so here I was thinking what could I possibly say to these guys that they don’t already know? So I simply chose to share why I joined Mozilla in the first place.. I’m a strong believer of our mission of making the web better by embracing open web technologies and the best way I could truly show this was by using the next revolutionary standard on the web – HTML 5. It’s actaully safe to say I enjoyed the presentation more than the audience did

I walked them through a couple of HTML 5 features common today such as geolocation, offline app features like AppCache and local storage as well as multimedia features i.e. audio and video, new form features among others. 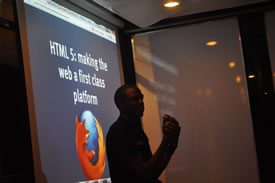 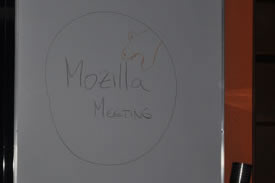 The audience was mixed with people from different backgrounds but mostly covering the local dev communities. Among the present communities include The iHills, Rwanda Open Source Community, Girls in ICT Rwanda and the PSF ICT chamber. 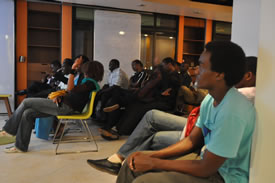 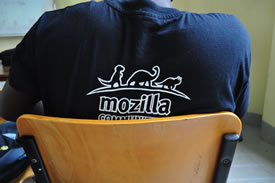 The session was more of a one-on-one discussion rather than a presentation with Alex kickstarting the session with a talk on Mozilla communities, our projects and the importance of having an open web. He covered everything that was needed for one to join the cause you’d think he is our portable wiki 😀 I then took over the stage and discussed a bit of the challenges each community faced as well as ourselves as Mozilla Kenya. We exchanged a couple of ideas and it was clear enough from Akaliza Keza (web dev and manager of Shaking Sun) that women need to get more involved in these communities so ladies you heard it from one of you, do something about it!! The key point though was the importnace of having a community – to support each other achieve a collectve goal and improve ourselves by exchanging new ideas and skills. Vicky and Cliff contributed actively during this segment as well with Cliff tackling issues pertaining to Mozilla Foundation (MoFO) and Vicky being a web dev like myself chipping in on my presentation on HTML 5 and open web technologies. 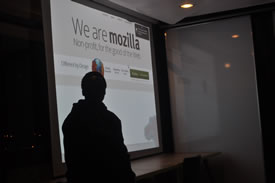 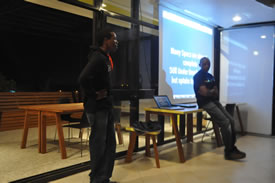 We wound up with a demo showing how embracing open web technologies makes things easier and better for all by showing the audience an HTML 5 app that runs across both desktop and mobile browsers as well as as a hybrid mobile application. The demo app was showing how to use HTML 5 and Backbone.js to build a cross platform Employee Directory app that can be accessed over a multitude of devices with variations only being on the styling/UI Frameworks for the different target platforms – Twitter Bootstrap for the desktop version, Jquery Mobile for the mobile version and a custom vanilla skinned CSS version for iPhone. There was also an iPhone skinned version showing the use the HTML 5 localstorage feature. This is a fantastic app to show the power of HTML 5. Too bad we couldn’t show this app running on our very own Boot 2 Gecko on an actual device. However, we did compile the mobile versions skinned using JQM and an iPhone css style using the Android SDK and showed them running as fluidly and feature filled as any ordinary native app normally would. 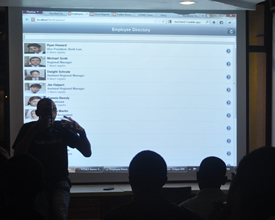 MozTour Rwanda / Mozilla Kenya by is licensed under a

MozTour Rwanda / Mozilla Kenya by is licensed under a