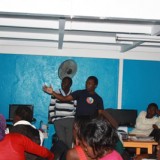 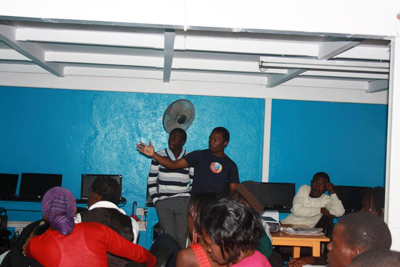 Hi All, Once again,

It is my pleasure to blog about the Hackjam session we had at the Nairobits Design School here in Nairobi.

We had a couple of Mozkenya Team members on board namely; Victor Karanja, Alex Wafula, Benji Otieno, Frankline May and myself (Cliff).  Also, a new face, Rafiq Copeland from Filmaid International joined us just to learn about our ‘hacking’ mission following the tremendous announcements made on our mailing list. Mr. Rafiq also attended the 2011 Mozilla Festival held in London and he learned about the existence of the local community from Jessica Klein.

We had to have the session out of the scheduled hactivity designed by Jess Klein, seeing that we lacked a lot of materials involved. But all the same we were keen not to leave out the very important steps involved.

The session kicked off with a brilliant presentation from Alex Wafula (once again, good job Alex). In his presentation, Alex highlighted key points to the current Nairobits class: about Mozilla, Our Mission, getting involved etc… You name them!

We also had snippets presentations from Victor Karanja (a local remo – member). He really did a nice job in clarifying code stuff and also helped in highlighting the current market trends as far as development is concerned. Kudos Vicky!

We then moved to the moment of the day, ” The Hackjam Session “! Alex kicked us off again with a quick intro to what Hackasaurus is about, the tools and yes, it was a job well done by him. 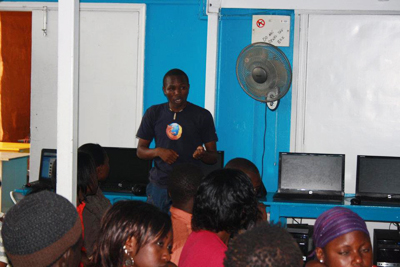 It was my turn to take it up from Vic and Alex and my session was to take the class through the X-ray goggles. With the help of all team members present, we did a good demo of the wonderful x-ray goggles and the students did marvel at what wonder works the tool  could do.

Then came the moment of truth, we had to test if the kids grasped how the X-ray goggles worked and also test their html and css skills seeing that they had already interacted with the same. To achieve this, we quickly introduced a hacking challenge for all the students and seeing that we had very little left over swag from previous local Mozilla events, we decided that the best ‘hacker’ gets a T-shirt! This went down well, with the four T – shirts we had, two were for two girls and two for the boys.

The hacking session took roughly an hour and we quickly had all participants post their ‘hacks’ on an etherpad including the original site they hacked and their names as well.

The Mozkenya members than picked it from there once again, reviewing all the ‘hacked websites’ one after another. Quite a hectic job but we finally managed to pick the best even  so! Two girls and two boys walked away with the branded Mozilla Kenya Community t-shirts and a bunch of stickers (though  stickers were for everyone who took part in the session).

With all that, we had to call it a day. I gave the closing remarks and we all waved goodbye to the wonderful Nairobits students and trainers!

Hackjam Nairobi @Nairobits / Mozilla Kenya by is licensed under a

Hackjam Nairobi @Nairobits / Mozilla Kenya by is licensed under a